Home » What is an explainer video
Marketing

What is an explainer video

What Do You Do with an Explainer Video?

Explainer videos are short videos that present a business’s services and/or product(s) using a creative means to make them attractive and inviting. These types of videos generally run approximately one to one and a half minutes. They consist of easy-to-understand information.

You can create explaining videos using animated illustrations, live-action, and 3D animations. You can also use a combination by mixing at least two of these.

The explainer video should have a creative angle to it, and it will depend on what the brand story is as well as the style used for each of the companies. Most television advertisements will usually use a direct sales pitch which is generally are too repetitious, sales and are hardly ever entertaining. These types of sales pitches have a tendency to make viewers turn away.

The explainer videos are merely a short story that is converted. It is more than an easy way to make sales opportunities. Living in a space that is different, such as the internet, a place that is open and accessible 24/7, meaning you can go browsing whenever you get the urge.

There Are Different Types of Explainer Videos

Explainer Videos That Refer to ‘Whiteboard’

The way these videos are created the same as a person writing/drawing on a whiteboard.

However, for it to work the best, the elements should have a creative approach when it is added to the whiteboard.

There Are Several Different Styles

Explainer Videos That Refer to ‘Animated’

This style of explainer video is 2D animated and consists of moving illustrations. It is also referred to as a flat animation due to there not being a sense of depth. Using this style may be more memorable, as it gives the explainer video a unique feel. This style can either be incredibly creative, or you can just make it simple.

Then there are the 3D explainer videos. This type is generally memorable and will draw some attention. You can use the 3D animation where the setting has a 3D world, including 3D characters. You can even use it as engineering videos in areas that have the machinery and its parts which are seen in 3D mockups.

This is a style where the footage involves real people. The real people will either be placed as a visual during narration, or they will be placed in front of the camera to talk. Occasionally, there will be some elements added on for motion graphics, like the text fading in and out of visual sight, lines, shapes, and colors, which make some moving compositions.

Finally, this is the explainer video on ‘stop motion.’ Plasticine characters and various other physical sculptures (which have been photographed using single shoots going ‘frame by frame’) and are used to create the ‘stop motion’ explainer videos. Which are later animated when it goes to the video editor.

Newer GoHighLevel No Reply Lead Nurturing Smartlist Hack! – BrandLyft Marketing
Back to list
Older What is a landing page 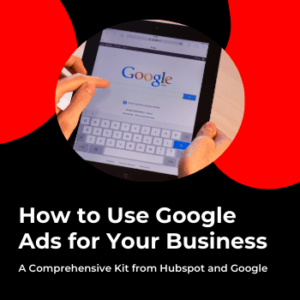 Ready To Take Your Business Success To The Fullest?